How much are the specialist PMS vendors worth? 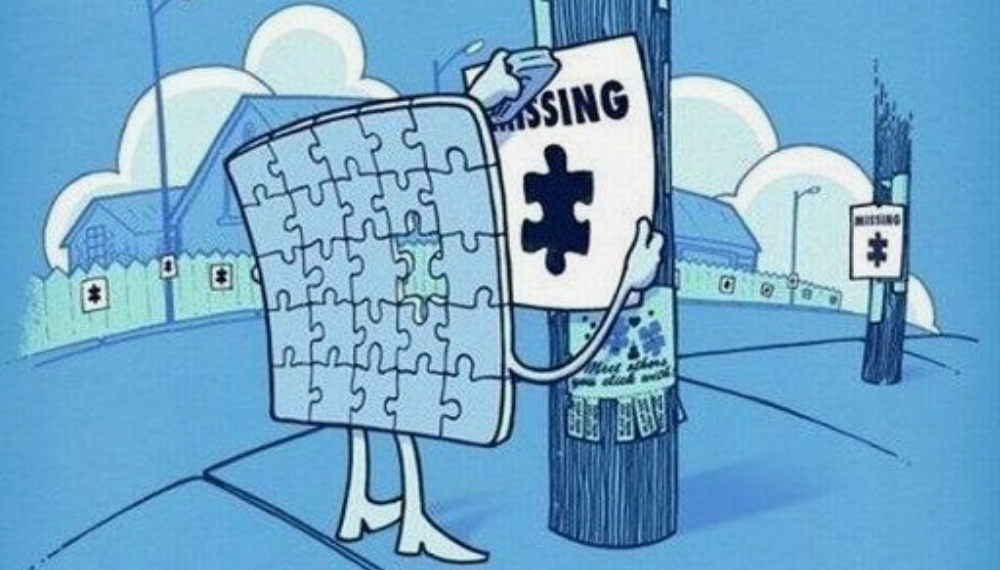 In the Telstra press conference announcing its purchase of iconic patient-management-system vendor Medical Director for $350 million a couple of weeks back, a question about other possible acquisitions in the pipeline was quickly batted back, with a suggestion that the group now had significant positions in every major sector of healthcare in the country.

Medical Director puts Telstra Health firmly in what is the most important future transactional hub for healthcare in the country – primary care – and with small but growing positions in hospitals and aged care, the company can look to integrated solutions for interoperability between each of these islands of patient data.

But what about specialists? What about allied health, for that matter?

We are going to leave allied health for this piece as it’s a very complex milieu of sub-professions served in an eclectic manner.

Specialists’ digital market, like general practice’s, is dominated by a small clique of vendors, the most important of which are Genie Solutions, Clinic to Cloud, Bluechip (Medical Director), Best Practice VIP and Shexie.

Unlike in the GP market, cloud PMS has a very strong foothold already in the specialist market, probably because for certain specialists the requirements for integration are far less complex than for your average GP. So, while in traditional general practice there might be 200 practices out of a potential 6000 or so using a cloud PMS, among specialists about 2,000 practices out of a potential 10,000 or so have adopted cloud.

That 2,000 is fairly evenly split between the long-term market leader, Genie Solutions, which claims it has just passed the 1,000-practice mark in selling their cloud product, and cloud-only vendor Clinic to Cloud, which is understood to have about 900 locations using their product, of which about 800 might be specialists.

That Genie is up to 1,000 (it is a claim) is probably down to the pressure put on the business in the past few years by Clinic to Cloud, which has been an agile and clever new mover in the market.

Genie Solutions CEO James Scollay told TMR stablemate Wild Health that after significant investment from its owner, the private equity arm of giant investment fund IFM, into the new cloud product and a cloud-servicing platform, he felt the business had more or less headed off any serious challenge from Clinic to Cloud, and was now busy developing plans to leverage their web platform to access what he believed was up to $400 million in services value that could be accessed from his newly regrowing customer base.

Scollay believes he has up to 65 per cent of the market, including:

Scollay reels off a lot of other interesting figures around the strategy of the group, much of which relates to the build of a server versus cloud-agnostic, cloud-based platform upon which partner services could reside and access both server-bound PMS installations as well as cloud installations in a more or less seamless manner.

A good example of getting on this platform is the Dermatology AI product DermEngine.

According to Scollay, with an integration on their cloud marketplace, any practice in the Genie Network, cloud or otherwise, could pretty much press a “yes, please” button and be set up to use DermEngine through their Genie PMS immediately.

Genie has a lot of dermatologists in its network so this is a pretty attractive feature to be providing this demographic, and for DermEngine, an ability to instantly access its entire specialist market.

Other features on the Genie Platform include online bookings through HotDoc, finance software like Cubico for practice management, instant claiming over the web for patients, and seamless booking and patient management into private hospitals. There is room for a fair bit more money in the sort of market-based transactional model Genie is pursuing.

If everything Scollay is pitching is true, and you think about the cloud penetration his product already has, its growth and opportunity for additional seamless add-ons for his customer base through his cloud-based marketplace platform, and the price just paid for Medical Director by Telstra, and you can’t help but wonder what value this business, and Clinic To Cloud, might now have and how important they are likely to be in what is now a rapidly evolving cloud-based interoperability paradigm beyond hospitals in Australia.

If you had to choose between owning specialist or GP hubs, you’d choose a footprint in general practice because, going forward, GPs will be the gatekeepers between patients, allied health, hospitals and specialists. It all has to come through a GP at some point, and keeping patients out of hospital will increasingly be a focus point where GPs become a lot more directly engaged with allied health services.

But Telstra leaving the specialists out of their view of major segments might be going a bit too far.

It seems to be a habit of the health tech fraternity to love to forget about specialists. It was less than three years ago that we ran an article entitled The digital health land that time and government forgot. That story was pointing to a very obvious gap in the strategy of the Australian Digital Health Agency and its My Health Record crusade, a strategy that had spent a lot of money, time and focus on GPs by that time, but which almost entirely ignored the specialist sector.

It doesn’t feel like a lot has changed since then, but you’d have to question why.

Genie accesses about 21,000 specialists (again a claim, but it seems to add up). That would mean that Clinic to Cloud accesses something like 4,500 specialists.

Medical Director, which just cost Telstra Health $350 million, accesses only 12,500 GPs all up, and probably about 4,500 specialists.

Best Practice accesses about 17,000 GPs and probably about 4,500 specialists as well.

It looks like about 2,000 specialist practices operate on cloud PMS now. That number could easily be 10 times less for GP practices that have adopted cloud.

Both Genie and Clinic to Cloud have hinted to the market they are considering a near-term shot at an IPO. Both, being cloud future focussed, are positioned well in terms of FHIR (Fast Healthcare Interoperability Resources) interface and open APIs if the government pulls the trigger on mandating interoperability standards for vendors and providers.

It doesn’t seem likely that either Medical Director, or Best Practice, which are both set to continue to dominate the GP sector, will be able to retain their minority positions in the specialist market, or make a push into it. Both VIP and Bluechip are old and Genie and Clinic to Cloud have a giant march on them in terms of focus and functionality for specialist.

Once Genie and Clinic to Cloud thought they’d march on into the GP market with their cloud offerings altered just a little.

But that’s not going to happen. The GP market is too complex from an integrations view point and both MD and BP have brand positions that are too big.

But it’s equally unlikely now that either BP or MD will march back across the divide into the specialist markets.

That gives both Genie and Clinic to Cloud some leverage in an increasingly interoperable ecosystem.

If you want in on specialists and the important links in the system they provide – to hospitals, to path and imaging labs, and, of course, between themselves and GPs – if you don’t buy one of these two, you are going to have to deal with them. That surely makes their value start rising.

There are other interesting dynamics created by a cloud-based platform in specialist land that make you think we might be underestimating the specialist side of the market.

One of the key focuses for Genie with its cloud platform is to significantly increase the engagement directly between patients and their specialists. For some chronic-disease patient sectors, such as rheumatology, endocrinology and cardiology, this is likely to mean taking more of a patient’s time longitudinally away from a GP. With better direct engagement and virtual care, specialists are likely to use their technology to hug a few more of their patient dollars. And a good proportion of the time they take from GPs doing longitudinal care will accrue to smart specialists.

Already you can see some very clever forward thinkers in specialist land building services around their core services that patients love. A good example might be the practice of Dr Irwin Lim in rheumatology (he’s the editor of our other stablemate Rheumatology Republic), which has a multidisciplinary approach to patient care that includes not just the core specialists but physiologists, psychologists and a lot of direct patient education.

In an article we did last October attempting to value the top 11 digital health tech companies, we valued Medical Director at $220 million, Genie at $130 million and Clinic to Cloud at $107 million.

Medical Director has a value of $350 million now, thanks to Telstra.

If Genie is really thinking of an IPO, and Telstra Health really wants to use its huge advantage of access to capital, then making an offer wouldn’t be a terrible idea surely. One of Telstra’s giant market advantages is its access to capital at a time when buying stuff (the right stuff, of course) could make you largely invincible into the future.

If you more or less own this link in the chain, along with a big footprint in general practice via Medical Director, and then the rest that Telstra has, surely the synergies would be enormous. Just moving ageing MD’s Bluechip clients would earn you a lot of additional money back on the sale. And imagine if you could develop one cloud-code base to be sharing development between MD and Genie? Genie has made some inroads into cloud, and MD has at least tried with Helix. There must be good synergy there.

Genie is owned by private equity. Private equity usually has an ideal turnaround time of 3-5 years, at least for a proportion of the business. Genie is getting into that range. Even a part sell-off would align the two markets technologically in a manner that had never been achieved before.

Either that, or Sonic moves in on this logic, not wanting to lose any of the leverage it has built up in market-leading Best Practice.

From any strategic viewpoint, you’d have to say that specialists are no longer a tech market that you can keep forgetting.

Technology is making the market significantly more interesting, and we guess, more valuable.

Our revised valuations for Genie and Clinic to Cloud are $220 million and $125 million, respectively (there’s a bit of devil in our detail of logic which we aren’t going go into here, and, please we aren’t professionals in valuation, we are journos, we know).

Still, specialist platforms are now on everyone’s map in some way.