Why are we writing the same booking system more than five times across state governments? 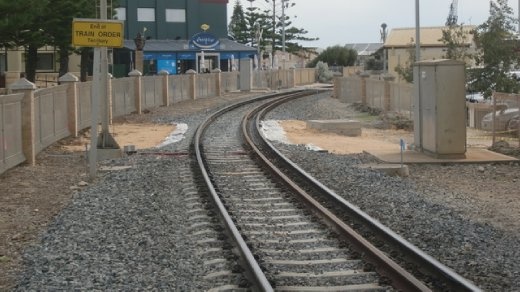 The state governments have specified a booking and inventory system for COVID vaccinations in each state to do the same thing.

As well as a National Booking System being co-ordinated federally and developed by Accenture, there are apparently another five or so booking systems for vaccination being written by each of the states and territories.

They are all going to do pretty much the same thing. But of course each state has tendered and contracted out the work to a different multi-national IT companies/consultants.

That feels pretty unco-ordinated and wasteful.

In addition, the specification and tender documents Wild Health has seen might in any normal IT project development cycle might take two years to complete.

Some of these tenders went out as early as November last year and have been awarded, but we aren’t aware of any of the systems being near completion. We showed one specification to one of our most successful local tech vendor companies, who are particularly agile at software development and they guffawed spontaneously before composing themselves and saying it was a great set of ideas which would take a very long time and a lot of money to realise.

The tender documents, though long and complex, and with lots of wish list stuff in them (much of which hasn’t been managed to be developed in advanced digital health economies like Denmark yet) actually don’t make mention of talking to any of the existing booking systems that the federal government has now decided to distribute most of it work too, or any of the major patient management systems that GPs use. It might be that these state systems are only intended to service hospitals, but they look much bigger and more expensive than that. If you don’t know, talking to the PMS systems is a major undertaking as they have lots of versions you  would need to integrate too. All the current major booking systems do talk to the major PMS systems, so GPs will be able to quickly list their vaccinations on the Australian Immunisation Register (AIR) as required. But that spec isn’t in the state based systems we saw. We gather they might be adding it though.

As a sort of summary,  these state based systems, though well intended surely, are uncoordinated with each other or the federally planned system for the vaccine rollout. No one is saying anything yet but we think there is a good chance of there being a be a pretty big bottleneck as all these systems converge and start trying to talk to each other, and various governments seek data to run their various systems. It could even be a fairly large train wreck if they all meet at the same crossing at the same time – vaccine distribution time. Just spit balling here everyone. But be prepared for work arounds and the very real possibility that your booking does not align with actual stock delivery for you to vaccinate your patients.

That the state governments are spending a lot of money on big overseas software and consulting companies on at least five systems that are set to do pretty much the same thing can’t be a good sign for the overall co-ordination and management of this vaccine rollout. Why in a big meeting of all the major health tech vendors with the DoH to discuss the logistics of roll out is there no mention of what the states are doing and how they fit in? At this point of time we are aware that some of the state system tender winners are likely to have been Microsoft, Salesforce, Oracle and Accenture. But there will be a lot more subcontractors involved we guess. This is only relevant to know if this all blows up because that’s a pretty disorganised and wasteful approach if it does.