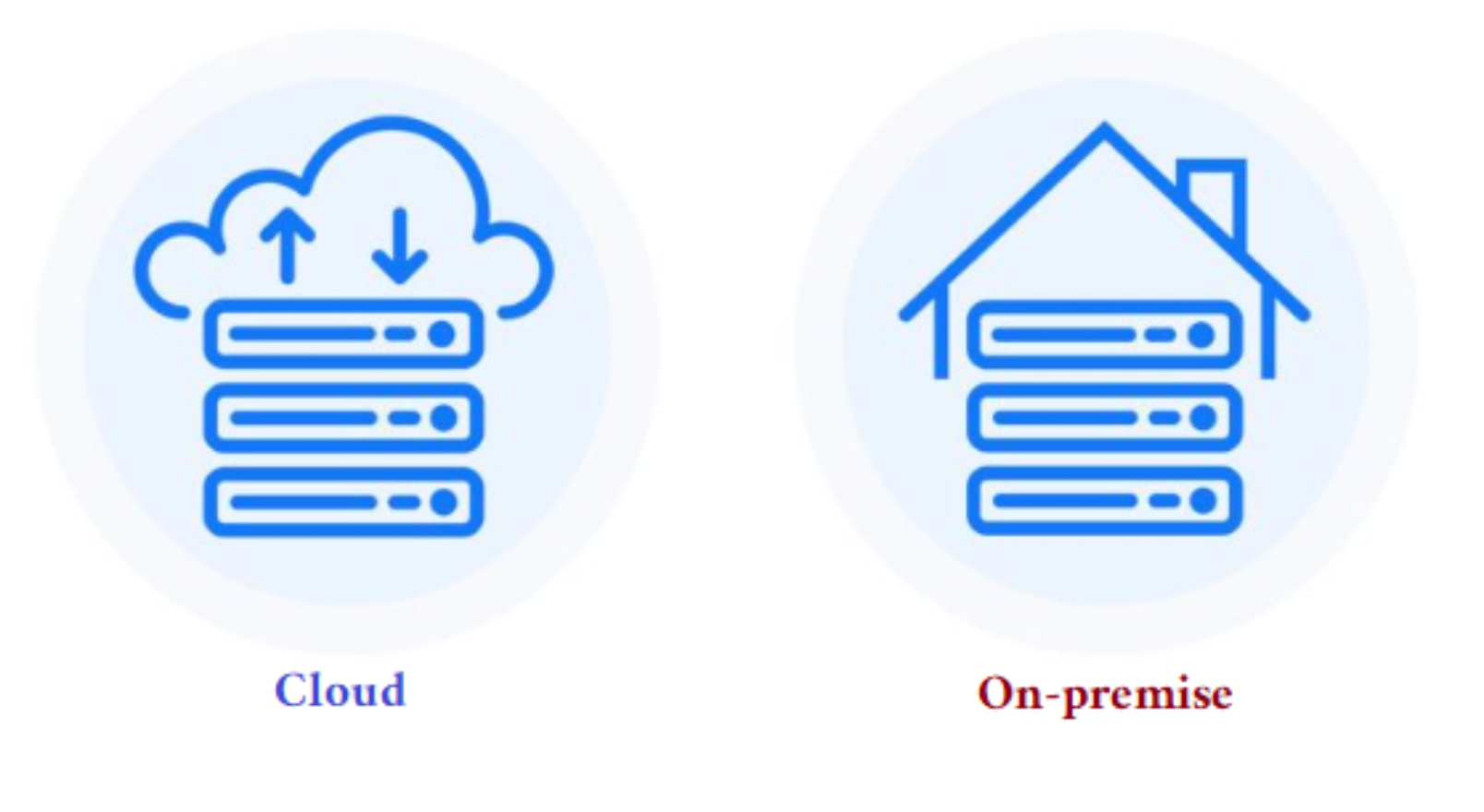 There’s a bit of an irony in that much of what might really create a better future for general practice, and from this, the whole healthcare system, is not the 10 Year Plan for Primary Care (for now we can forget it anyway, thanks to this budget, which has removed all funding from its key planks), but getting our collective act together on digital health technology in Australia.

If you flip through the budget looking for items of digital health progress – as with primary care, there isn’t much to speak of – you can quickly piece together a much greater tragedy for general practice and our healthcare system overall than a disarmed 10 Year Plan.

If you pull at one or two loose budget threads, you can actually unravel what is a giant train wreck for us all.

In the budget fine print, $3 million was set aside to somehow connect the My Health Record system to MyGP, the system by which GPs would be able to enrol, register and monitor their patients to their practices, moving forward.

MyGP, which had $50 million devoted to it last year to build, had nothing devoted to it this year, which is strange, because it isn’t working yet, and without it, the whole Primary Health Care 10 Year Plan can’t actually start (which is lucky because the plan isn’t funded anyway).

But to pull at this thread, why, after the fact, do we need to think about linking the My Health Record to MyGP?

Surely, after spending almost $2 billion on the My Health Record, about $350 million a year on the Australian Digital Health Agency (ADHA) and at least $50 million on MyGP more recently, someone would have already thought of that?

Or better, the systems would have always been designed with some capability of talking to one another?

In the words of one well-recognised industry analyst, the ADHA (which built the My Health Record and maintains it, and oversees the MyGP project) is a “mess of very old technology s*** that is all over the place and political whimsy”.

Or, put more eloquently, the ADHA has failed entirely to oversee our digital health ecosystem evolution in a manner that has properly chaperoned it into a modern digital health communication platform, as has occurred in many other countries, even the US, which as everyone knows has a disastrously complex and unfair healthcare system.

What we see in digital health funding from our government is patch-up, cover-up, buyer’s regret and indecision everywhere.

Often the patch-up jobs are related to the government still trying to force healthcare providers to spend valuable time loading data into awkward formats and sending it centrally to the My Health Record, so the government can maintain we have some sort of platform for data sharing.

Such time wasting doesn’t happen in modern digital healthcare systems. The systems are able to talk to one another and get information from one part to the other when it is needed.

That we have to allocate additional millions here and there to try to get things to talk to the My Health Record is proof positive that we are a long way behind a modern digital health ecosystem.

Our digital health ecosystem, other perhaps than electronic script writing (which in fairness was started, but not delivered by, the ADHA), is in the technology dark ages.

The most fundamental issue we have is that all of primary care is technologically isolated from the tertiary care system (which, being based on big global platforms, does have data-sharing capability). If primary care is isolated, so too is allied and specialist care. And if they are isolated, you have virtually no hope of managing chronic care as it becomes more loaded over time, and, as importantly, aged care, where currently there are virtually no digital systems at all to even connect to.

The government’s answer to data sharing and interoperability so far has been the My Health Record.

We build a central honey pot, and everyone has to send their data to that honey pot, at great time and expense, and the honey pot will send it back, if you can indeed reach it or talk to it with your old system.

That’s why we have GPs idiotically having to do banal and meaningless patient summaries, which, although they are automating the process, in doing so are often making most of the data useless. All this takes time and focus away from patients and real healthcare.

In the US today, more than 95% of healthcare software platform vendors are architectured for the cloud, and include the ability to talk seamlessly over the web to every other vendor, via smart open web sharing technology that includes but is not limited to the Australian-developed resource Fast Healthcare Interoperability Resources (FHIR).

How ironic. The underlying technology enabling the US system to move forward in leaps and bounds while ours stagnates was developed mainly by Australians. But apparently, we don’t have much use for it.

That every digital health product in US is standardised to talk to one another on modern cloud-sharing technologies means that, technically, every provider can talk to each other securely, and every patient can get their data from anywhere.

If you compare where the US is to where Australia is, we are like the Bronze Age, to the US’s industrial revolution.

It’s why Australian GP patient-management systems, once advanced and innovative in global terms, are now trapping general practice and its valuable patient data in the old MBS payment paradigm.

And in doing so, they are trapping GPs in a bubble where it’s very difficult to make money outside of the MBS.

If GP systems were interoperable, as the government knows they must be, then GPs would be released to work with local aged care groups (once they get systems that people are madly now trying for), with private healthcare groups, with local public hospitals to manage hospital in the home, and create true continuity of care, and of course, to work properly with key allied health care providers, particularly mental health providers.

Regardless of funding reform, GPs would be able to expand their income through channels such as private health insurance and working for state-funded hospitals.

The federal government has backed itself into a $2.5 billion corner with the My Health Record project, so it’s not unexpected that it resists the temptation to do what the best of the rest of the world has done, and force all our software platform vendors and, through them, every provider to standardise on this modern data-sharing technology.

But the jig is up a little now. And we know they have been thinking hard about how to do it, without ruffling too many feathers. Some people in the DoH see it and want to do it.

Ironically, one group resisting such a move is the Medical Software Industry Association of Australia (MSIA). The MSIA position is that if the government mandates that everyone should just get their act together and put our healthcare system into the modern era of cloud and seamless secure data sharing, as they have in the US, and by various methods in some smaller European countries, our “innovative and highly valuable medical software sector” would collapse under the weight of capital requirement to recast their products for a proper interoperable healthcare set-up.

And if that happens, the whole healthcare system will be endangered.

It’s a scare tactic (or they actually believe it themselves) from a pretty effective lobby group and they can do it, because there is some truth in what they are saying.

Some local vendors, some of them long term and committed, will struggle and even collapse if they have to modernise like this.

But what the MSIA isn’t telling the government, or thinking through, is that venture capital and even private equity (which traditionally does not put up money for early innovation) is falling all over itself in the US, Israel and parts of Europe to fund this transformation in healthcare.

The US is transforming at speed now as a result of this money, but mainly as a result of the government putting its best foot forward five years ago and demanding that the software vendors, and through them providers, all get their act together and update their technology for the greater good of the system.

If the Department of Health mandated interoperability in the system via some sort of regulatory deadline for everyone equalising on this smart new technology within, say, five years, as they did in the US five years ago now, then there would be a stampede of investment in the sector and you wouldn’t know yourself for the innovation that the sector would start throwing off.

So, whether knowingly protecting its old legacy businesses, or naively believing its own rhetoric, the MSIA is doing everything it can to stall innovation in healthcare in Australia, and stall the introduction of technology that we already know from the US is revolutionising healthcare delivery in many ways.

Quick stat for everyone:

Ninety-five per cent of medical software platform vendors in the US, Israel and certain advanced European countries are cloud based, FHIR (a modern web data sharing standard for health) or equivalent and open API (smart outward-facing programs that allow other web apps to easily talk to your app) web enabled to share data seamlessly between products.

Guess how many of those types of businesses we have in Australia.

Less than 12%. Yes, 88% of our software system vendors here, and more than 95% in primary care, are 1980s-style technology: local server-bound software products.

Who can look at this statistic and think Australia’s healthcare system is on the right track?

Who can explain to anyone that this stat is OK?

Technology is the deal breaker that a lot of people aren’t seeing at the moment.

Some key CTOs, particularly some state-government-based ones and some key policy makers in the DoH, do see it.

But as this budget has shown, politics tends to trump common sense, especially when there is an election in the wings.

If and when we do manage to equalise our technology on modern web data-sharing technologies, we will open our healthcare system to a whole gamut of new possibilities for efficiency, funding and better patient management.

With seamless data sharing, you can accurately measure outcomes, and start paying properly and effectively for outcomes.

Data sharing is also the secret to better healthcare AI outcomes, something that so far has been mostly hot air, but which has enormous potential (we have a good story out of the Mayo Clinic on this in coming weeks).

Finally, better data sharing means patients truly can have access to meaningful data when and where they want it.

Data is useful only in context. Point of care is context and this new technology makes data available to patients at most of their key points of care. This is as opposed to the My Health Record mindlessly gathering everything it can from the system in one giant messy and mostly unstructured record, which is difficult to get to, and much harder to decipher.

With interoperability via modern data web-sharing technologies, healthcare equity can be addressed.

This is one giant thing going on now in the US where healthcare equity is the mother of all their healthcare problems.

If you’re a GP, and you don’t think much about your tech and what it means to the future of general practice, then definitely ask your college rep why your technology is nothing like your banking app, when with a few swift regulatory changes, it could easily be in a few years’ time.