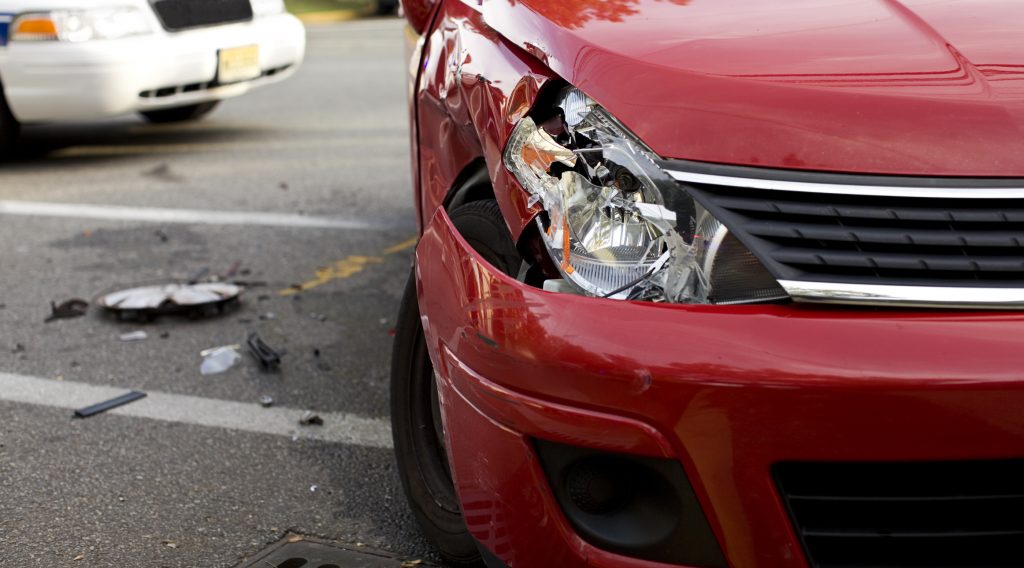 But, as GPs would be aware, there are more than 40 types of seizure, some of which are very subtle.

Subtle seizures can involve people zoning out from the conversation, experiencing unusual sensations, odd emotions, an intense feeling of déjà vu, or just not remember what they were doing and then coming back into the room like nothing has happened.

(Here’s a patient describing these strange symptoms and a patient actually experiencing a few of these seizures on camera.)

While these subtle seizures are often undetectable by onlookers unless they are watching very closely, the symptoms can be dangerous if the patient happens to be driving a car, holding a cigarette or making a cup of tea.

Epilepsy of this kind is difficult to catch early, but research is starting to reveal how delays in diagnosis are connected to car accidents, and Australian neurologists are working on mobile, at-home EEG systems to make early diagnosis more affordable, effective and more convenient.

A retrospective study of around 450 patients in the Human Epilepsy Project, published in Epilepsia in October, found that 83% of all car accidents in this cohort were caused by patients with focal nonmotor seizures.

The patients were enrolled between 2012-16 across 34 sites in the US, Canada, Europe and Australia.

In the group who initially experienced nonmotor seizures, there were 70 minor injuries, nine moderate injuries, two major injuries and 19 car accidents prior to diagnosis.

The total number of injuries prior to diagnosis was similar in the motor seizure group, but the number of car accidents was lower (only four).

The researchers did a back-of-the-envelope calculation and estimated that around 1,816 car accidents were probably caused by undiagnosed nonmotor seizures each year in the US.

“Our results support growing evidence that diagnostic delay increases the chances of physical injury,” the authors wrote. “Therefore, identifying factors that could potentially decrease diagnostic delay is critical for reducing the negative impact of seizures.”

Most patients with epilepsy do not present to a hospital or clinic until they develop the unmistakable tonic-clonic seizures, even if they have experienced other vague, nonmotor seizures in the past.

In the study, more than half (68%) of the 246 patients with initial nonmotor seizures went on to develop motor seizures including bilateral tonic-clonic seizures and were not diagnosed until this point.

The average time between first reported seizure and diagnosis was 219 days in the study.

Carol Ireland, the CEO of patient education group Epilepsy Action, said there were car accidents in Australia tied to undiagnosed epilepsy from time to time, but that many patients with epilepsy could drive safely.

Around 1% of the general population have epilepsy (and around 250,000 people in Australia). It’s unknown how many people have undiagnosed epilepsy, she said.

Diagnosis of subtle seizures was not a simple process – “You can’t just do a blood test”, she said.

Arriving at a diagnosis of epilepsy often involves admitting the patient to hospital, hooking them up to an electroencephalogram (EEG) to monitor brain activity for 24 hours a day with friends or family watching them, she said.

Sometimes patients wouldn’t have a seizure for days during the hospital stay so the doctor would initiate sleep deprivation to trigger a seizure, she said. “It’s really uncomfortable and inconvenient,” she said.

There are now mobile options for diagnosing epilepsy in people with subtle seizures, where a technician travels to a patient’s home, connects them to an ambulatory EEG, provides a suitcase to carry the electronics and puts a camera in their home.

“These newer devices are just amazing,” said Ms Ireland. “You are much more likely to capture a seizure on a camera and the research is showing that it’s just as accurate so it’s a great development.”

Seer Medical, a company founded in 2017, is currently the only provider of at-home video EEG monitoring in Australia.

Its services are bulk-billed through Medicare and are available in every capital city. The company’s technicians will also travel to regional and rural areas.

Professor Mark Cook, the director of clinical neurosciences at St Vincent’s Hospital in Melbourne and the founder of Seer Medical, said subtle seizures were hard to catch in action because they might only happen once every few weeks.

“It’s like trying to photograph a possum in the garden a night,” he said.

MRI scans can miss the signs of epilepsy, and the wait time for EEG monitoring in hospital can be months or years, he said.

Seer Medical provides a mobile EEG with a “wheely bag” that allows people to monitor their brain activity while they go about their daily life, he said.

A simultaneous video recording of the patient allows the neurologists to see the effects of changes in brain activity on the patients’ behaviour.

In one case study, a patient was sitting with their mother having a subtle seizure lasting a few seconds while continuing to use their smartphone, showing just how invisible seizures can be. “If that patient was driving, that seizure could be catastrophic,” said Professor Cook.

In another case study, a patient reported experiencing no seizures during the at-home monitoring, while the neurologists monitoring the patient observed over 160 seizures.

Often patients will have accidents, like dropping a glass or a cup of tea, but have no memory of it having happened, said Professor Cook.

Other patients, particularly patients with psychiatric conditions, might report experiencing seizure-like symptoms but the monitoring will reveal no change in brain activity, ruling out a diagnosis of epilepsy, he said.

Patients with subtle seizures can be treated with anticonvulsant drugs, often for life – or undergo surgery. These drugs can carry side effects such as sedation, unsteadiness, changes in mood and behaviour and poor memory.

“Plenty of people are wandering around with undiagnosed epilepsy,” said Professor Cook.