My Health Record: nice work if you can get it 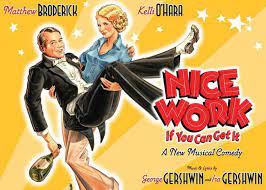 Since 2012 we have awarded one consultant more than $630m to build and maintain the My Health Record, a blowout on the original tender of over $100m, with the latest amendment being an additional $42m for the coming year.

The My Health Record (MHR) Accenture contract – CN3612552: National Infrastructure Services for the My Health Record System – has just been extended for another year at a cost of $42m. It is among the most expensive ICT government consulting contracts awarded ever by the federal government (these days it’s getting a lot of competition from Department of Home Affairs contracts). Considering the use and impact of the MHR so far, it probably could be awarded the largest ICT contract failure in terms of return on investment against stated objectives.

From 2012 until its new extension date of July 2022, the contract will have cost taxpayers just over $630 million.

To try to put that into some context:

Usually in a major ICT project like the MHR, most of the cost is in the upfront, planning and building of the system. Of course there will be stages in such a big project build but the contract is now over 9 years in market and past its initial use by date. How is this contract costing an additional $42m a year or so to maintain? It seems an extraordinary amount to maintain a system, the core of which has presumably been built already.

The extension to the MHR contract this year in July comes on top of other contracts let by the Australian Digital Health Agency for the MHR this year amounting to what is likely to be over $20m for a total this year of over $60m.

Deloitte has just been awarded the contract to develop and API and FHIR interface to the MHR (an API Gateway as described in the tender), so that moving forward the information in the MHR can be shared more readily with a rapidly evolving cloud ecosystem in healthcare. And, in the last week the agency has put out a tender to develop a mobile app that will use the Deloitte gateway to talk to a consumer based app for the MHR.

Is this a project that might still be a little out of control in terms the spend of public money?

Many industry commentators are saying that this piece of health infrastructure and data set is likely to be superseded very soon by distributed cloud technologies, whereby most consumers will be able to share data and interact with the distributed data generated by the particular healthcare providers they are interacting with, on their mobile phone. ie. You won’t need to go to a centralised and giant database every time you want a meaningful update to your health status, and providers won’t need to send the information to the MHR either, because they are already exchanging it with the patient in more meaningful context.

As an example, in the US and some European countries, a patient’s mobile phone can talk directly to their GP Patient Management System (PMS) and their hospital for the most relevant and up to date health data they require to optimise their experience with their healthcare provider.

Today, our GP PMS’s already talk to a patient’s mobile phone to provide them with electronic script functionality. Although all our major GP PMSs remain mostly legacy server bound systems, they still manage to talk to a national Rx database live on the cloud to make the electronic scripts system work.

How long before these systems go the next few steps and share. most of the patients record directly with the patient off their local system? Both of major PMS providers to GPs are hard at work planning and developing cloud versions of their products for the day when the government is going to require them to have far more free flowing patient data capability. The time is coming.

The answer to the cost question: yes, we’ve spent way too much on the MHR for what it has so far returned and even what it is still promising us it will return one day. It’s not likely to ever be the major patient record (of record) for either a patient or their key providers over time.

But the spend this year on the API and FHIR gateway to the database is almost certainly worth a punt. It will mean that everything that has been collected in the MHR to date which is easily accessible (not a lot of the information is accessible since much of it remains in formats which can’t be easily shared such as PDF) can be accessed by vendors, by providers, and by patients when needed. The portal project will at least make the MHR an accessible data set to the system for broader use when a provider or a vendor sees fit to use certain data sets.

The portal project at $18m is a small price to pay after outlaying $630m on the build and maintenance of the system, and a lot more again on related projects and agency staff, in order to optimise what has been built.

Interestingly the ADHA language around the Gateway contract has shifted in time from a re-architecture of the MHR to make it far more shareable in an evolving web sharing ecosystem in health, to something that feels like a bit of a worry: the agency seems to be spruiking the gateway as a new piece of centralised infrastructure which will be accessed and used by all vendors and providers.

But is it, and was this the original objective of the Gateway contract?

Why does the ADHA still want to be at, or even be seen to be at, the centre of providing services and infrastructure to the digital health community? You would have thought that the massive failure of the MHR project to meet objectives and expectations might have taught them and the government a lesson about building and running giant pieces of IT infrastructure. Why did we sell Telstra if we wanted to keep being a public utility provider, which is sort of what the MHR has become?

What about the mobile app tender for the MHR?

It’s a bit of a worry as well. Why does the government need to build its own mobile app for the MHR? Surely if the Gateway project does its work, then a good series of APIs will make this the domain of commercial providers who see value in accessing the data for their customers. And if no one uses the new Gateway to access the MHR after it is built, then that will say a lot about how useful various providers and vendors think the MHR data set really is.

But to build your own app, and then spend more money spruiking that directly to the public? It’s very hard to see the logic of that. If the Gateway project works, people will build to the MHR. So, you shouldn’t need to build and promote your own app.

One important issue that building our own app to the MHR raises is whether that represents competing with vendor communities in some way?

The ADHA has turned over nearly every senior manager role in the organisation in the last 12 months. Despite this, and despite having a new leader, its an organisation that still appears a bit lost in the centre of gravity that the scale and ambition of the MHR project and $630m contracts to single consultant contractors bring about.

The Gateway contract is practical and sensible. It will allow what value there is in the MHR project (and there is some value) to become optimised over time by vendors and providers.

But continuing with the idea that the agency should be like a Telstra and run an infrastructure for digital health for everyone?

That idea has had its time. It’s too hard and the technology of the web doesn’t suit the model of operation.

The agency needs to become a far more pragmatic group which looks at effective governance and facilitation of the sector. Not a service provider, that so far has retarded growth by trying to force the whole sector through the pin hole of one pretty bad idea.

Something the agency would be suited to do is develop, mandate and govern standards that facilitate the whole of the healthcare system get to the transformational cloud sharing technologies of the web much quicker. We have a lot of vendors and providers who are going to need guidance and even monetary support on this journey. Co-ordinating it and governing it effectively would go a long way to facilitating a much faster move to the transformational characteristics of cloud based distributed data sharing technologies. There are so many moving parts to align in this job. It’s a vital function for a government agency.

Cloud COVID-19 Hospital Technology Telehealth Is this the end of ‘big hospital’?

ADHA DoH Government Money The most important 15c in the history of digital health?